By Meagan Reimann Posted on May 23, 2014 in Nottingham 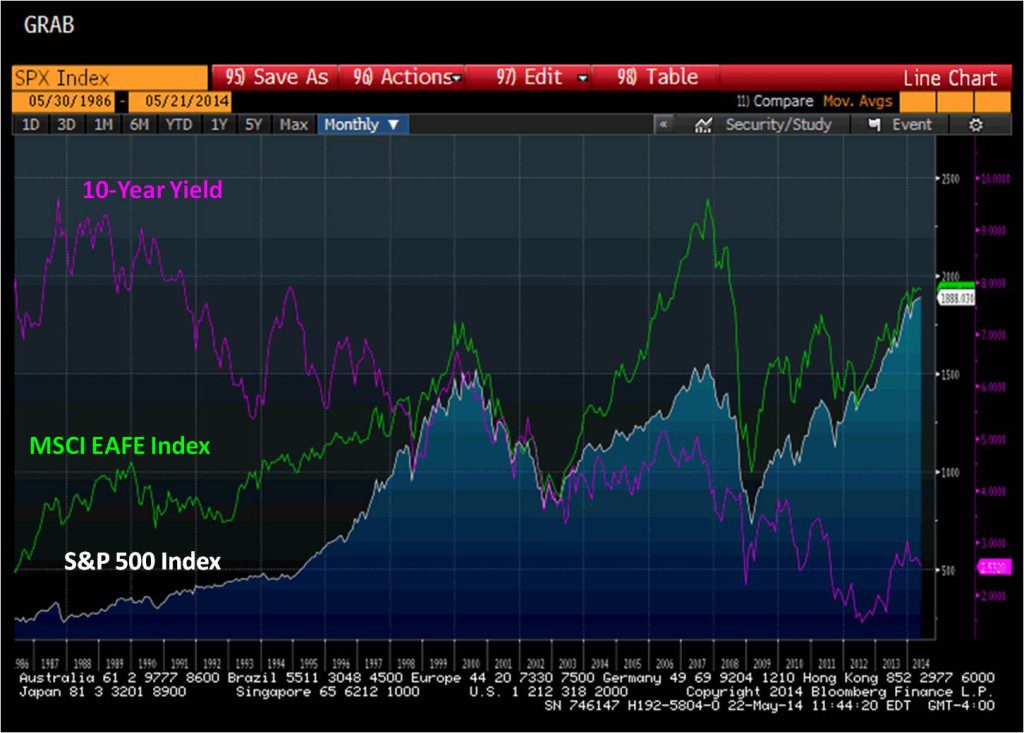 May 21st was my birthday.  That’s correct – roughly 28 years ago, my mom brought home her two new bundles of joy (yes, I’m a twin).  Unbeknownst to me at the time, there was an entire world of financial markets shifting and changing on a daily basis right outside my nursery. The ebbs and flows have continued since then and so, for my 28th birthday, let’s reflect at the state of the world between then and now:

Clearly, a lot has changed over the past 28 years:

So what can we take from all of this?  First, I think it’s important to occasionally take a step back and look at the whole picture.  It can be easy to get trapped in the day to day onslaught of economic news and start to feel pessimistic, but that’s just failing to see the forest for the trees.  Sure, elevated unemployment has persisted, but it has worked its way down from 10% and the U.S. has finally regained all the private sector jobs it lost in 2008.  It’s also still lower than the 7.2% in 1986.  Moreover, some will argue that growth continues to be tepid (Q1 GDP was barely positive), but remember, over the last 28 years, there have been varying periods of positive, flat, and negative growth, but the real economy has still managed to double in size.  Since 1986, there have been three recessions and three stock market shocks (1987’s Black Monday, 2000’s dot-com bubble, and 2008’s global financial crisis), yet the S&P 500 Index and the MSCI EAFE Index both remain firmly higher.

Despite all the economic changes and market gyrations over the course of my lifetime thus far, investors have still made out okay.   It is important to remember that most investors have a long time horizon (say in the ball park of 28 years and often times even longer).  While it sometimes may seem easy to make knee-jerk portfolio adjustments based on short-term changes, it is important for an investor to stay the course and maintain an appropriate asset allocation relative to their goals and risk tolerance.  So next time you feel inclined to completely rehaul your portfolio, just step back, take a deep breath, and put everything into the appropriate context.

Happy Birthday to Me Keeping Perspective Staying the Course